We were all completely rested up and ready to go this morning, excited about the full day ahead. After a quick breakfast we packed up the car (which we're becoming quite efficient at) and drove to a local meetinghouse for church. I was so relieved that we could make sacrament meeting this week, as it feels like the only constant part of our fast paced, nomadic summer vacation. Today I began to miss our home ward though, and especially the primary kids. It's only been three Sundays that we've been gone but it feels longer than that somehow.

After church we continued east to our next destination: the Hiawatha Trail. This is another bucket list item that we've been wanting to do for years. We don't make it up to northwestern Montana very often (cough...ever) though, so I didn't think we'd ever really get a chance to ride the famous trail. The Hiawatha Trail was once an old railroad, which was converted to a bike trail after trains no longer used it. It meanders through tunnels and over bridges that span pristine Montana mountainsides. Wildflowers grow spontaneously on the sides of the trail, which is an easy gentle decline the entire way. It was so easy that after 7-10 miles I kinda wished were riding back up it at the end instead of having a shuttle pick us up. And the weather was gorgeous! We stopped a lot to take in the view and read the historical information displayed on plaques along the way.

A few miles from the end of the trail dark clouds started rolling in, bringing humidity and cooler temperatures with them. I wasn't too concerned at first, but as we continued to ride the sky became more ominous. Just as we rode out of the second to last tunnel, we heard the first clap of thunder. Minutes later it started to rain lightly. We were so close to the end, and I was grateful we hadn't started out on the trail any later in the day. Up ahead we could see the spot where the shuttle would pick us up. As we approached, the sky opened up and heavy rains started falling. A torrential downpour pounded the shuttle as it drove it's soaked passengers and their bikes to the top of the trail. The driver stopped only to point out a moose that was crossing a pond below. Once the moose was out of site the driver started up again. He seemed to be thoroughly enjoying the weather. Here's the thing about the shuttle; it doesn't take you all the way back to the trailhead, but drops you off a couple miles away. So once we exited the bus we had to hop back on our bikes and ride as fast as we could in the cold rain. I was especially proud of Clara's willingness to do this, as she is terrified of thunder and lightning, and we were surrounded by both. We peddled hard to the entrance of the last tunnel, where we were finally sheltered from the rain. The tunnel was 1.5 miles long, so it was dark most of the way (we had lights on our bikes which helped a ton) and freezing cold air blew through it constantly. It didn't take long for my fingers to go numb (thank you Raynaud's) and I was dreading having to thaw them out. That's always the most uncomfortable part. By the time we had reached the end of the tunnel the storm had been reduced to a light drizzle. We finished out the ride wet and splattered in mud, but happy as could be. After all, the adventure as a whole was a super fun experience!

Back in the car we shivered around the heater until we were warmed up. We had a two hour drive to Butte, Montana ahead of us. There we parted ways with Brian, who's heading home for Grandma Betty's funeral. Then the kids and I checked into our hotel, and I finally got them settled down for bed around 11:00 pm. I think there must have been a time change though, because it felt more like 10:00.... I'm going to listen to the last couple episodes of my podcast and call it another successful day. 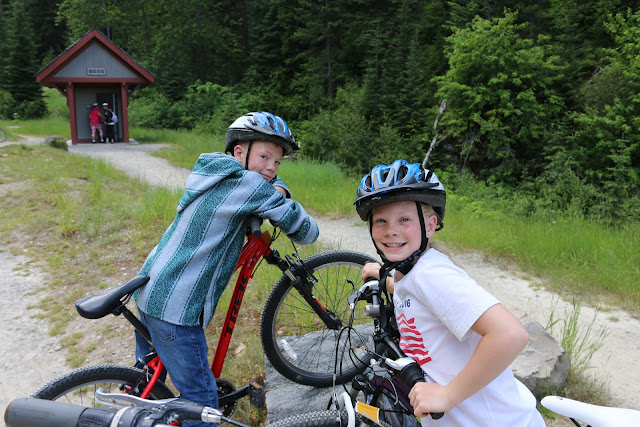 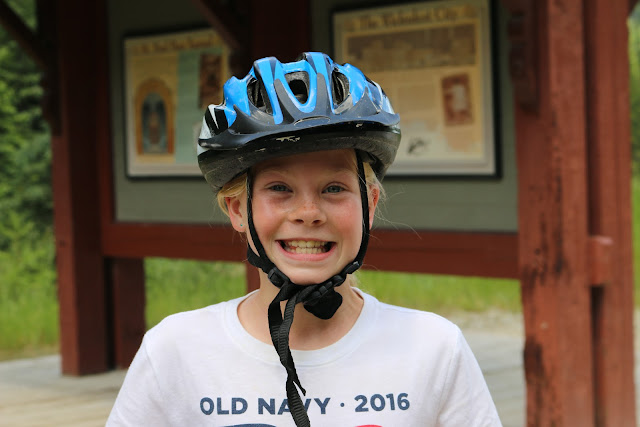 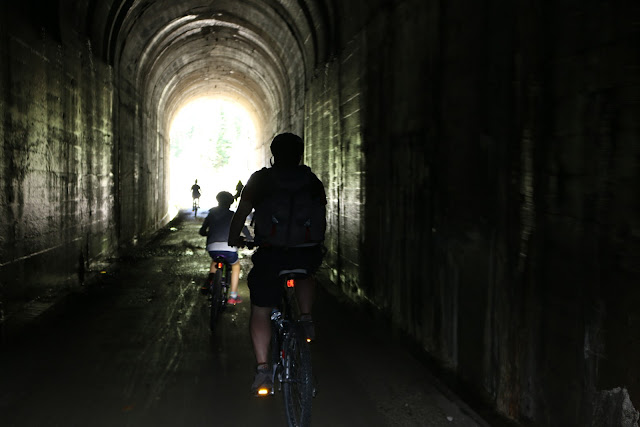 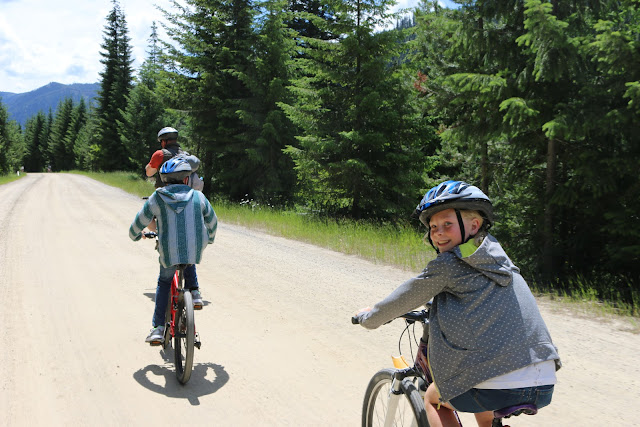 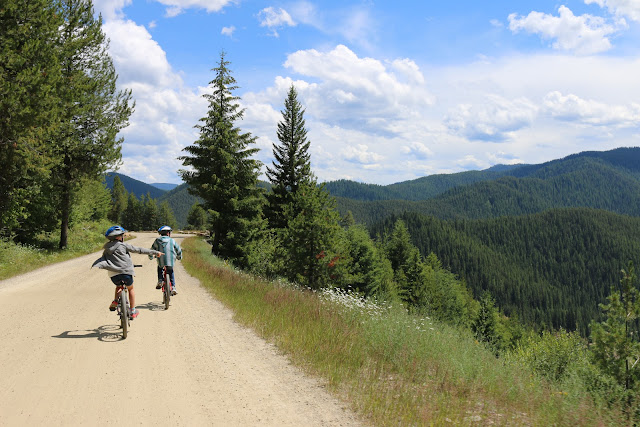 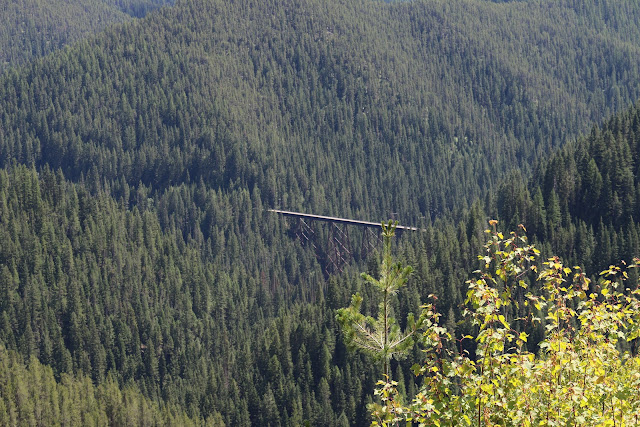 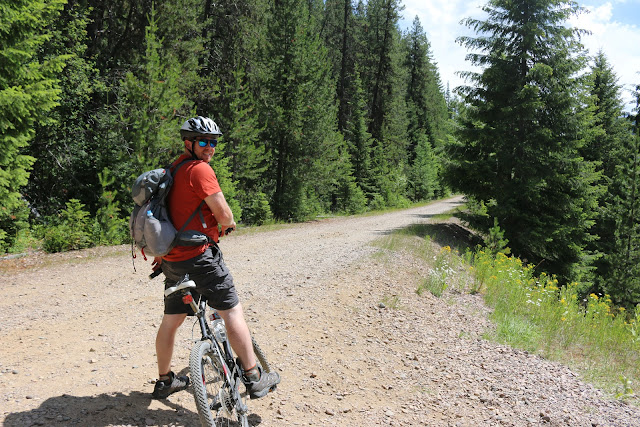 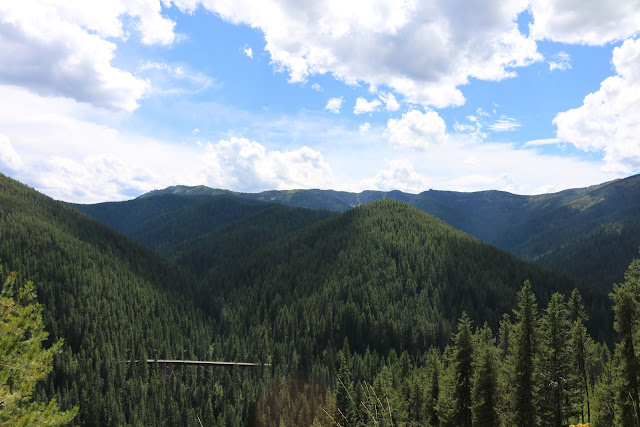 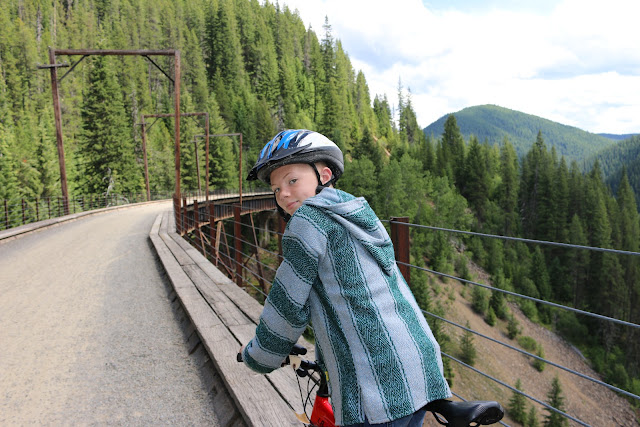 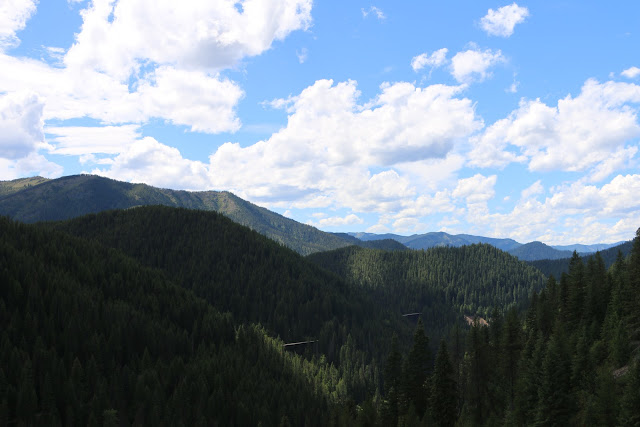 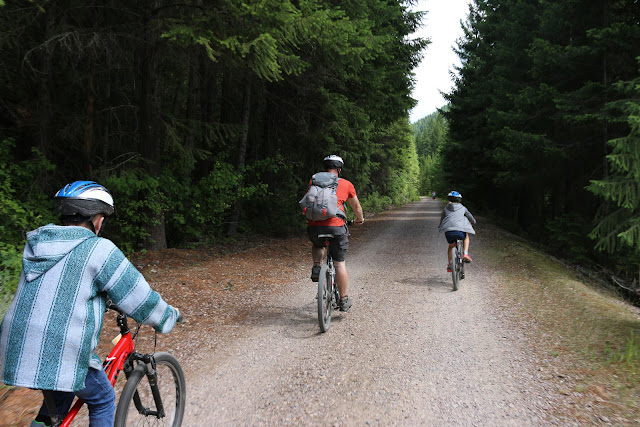 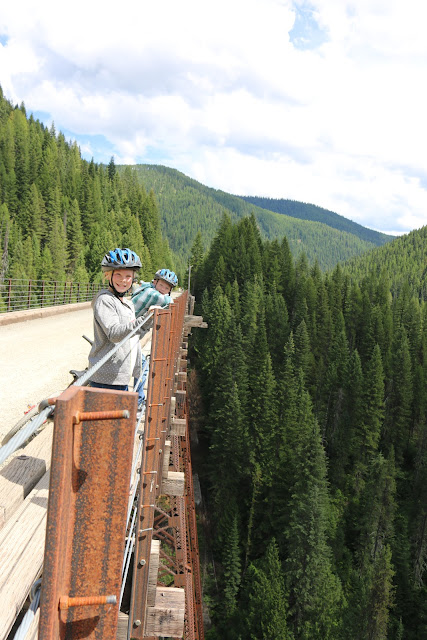 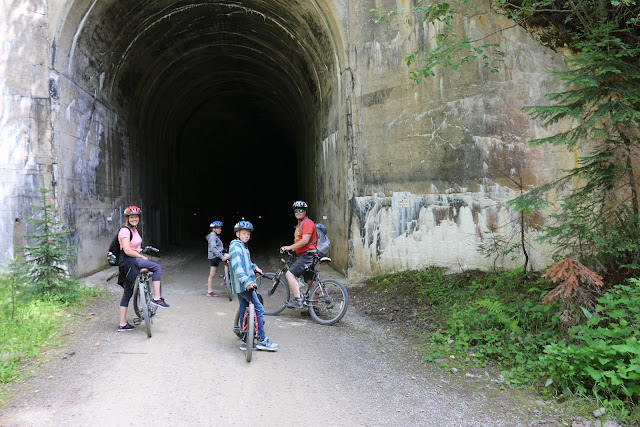 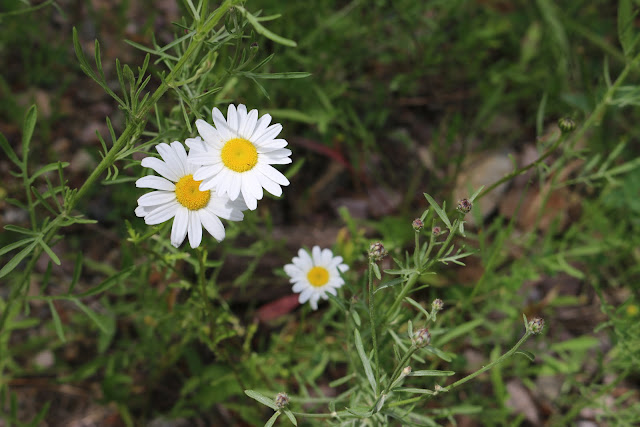 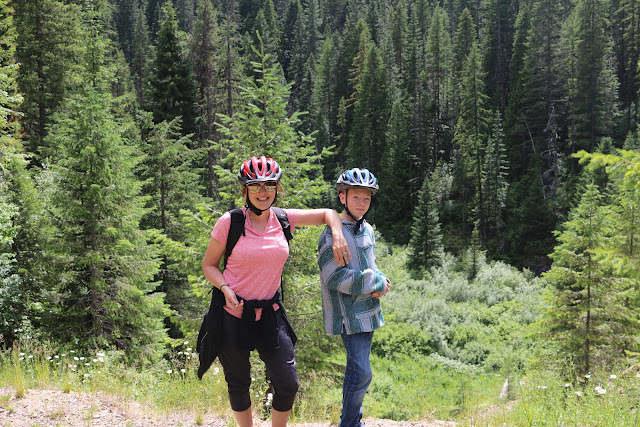 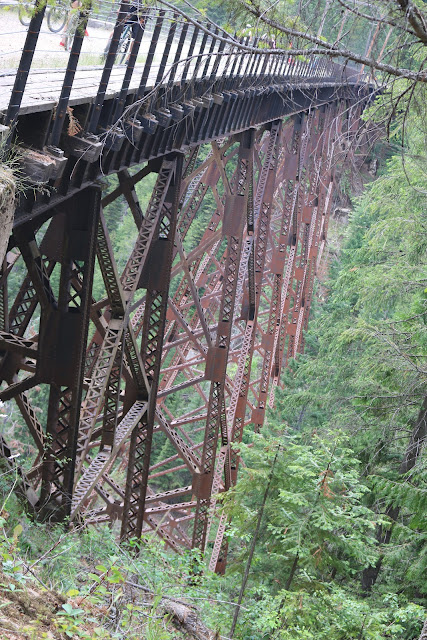 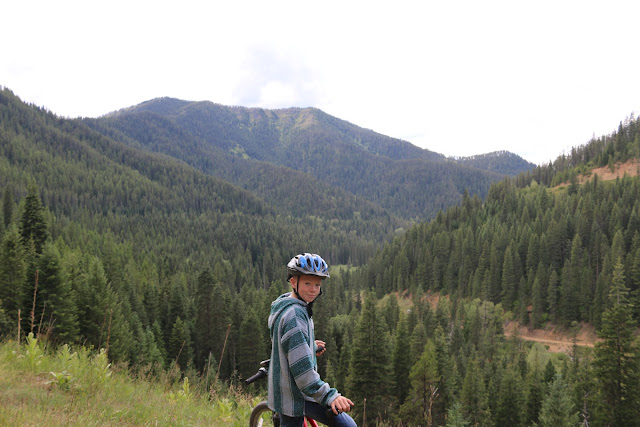 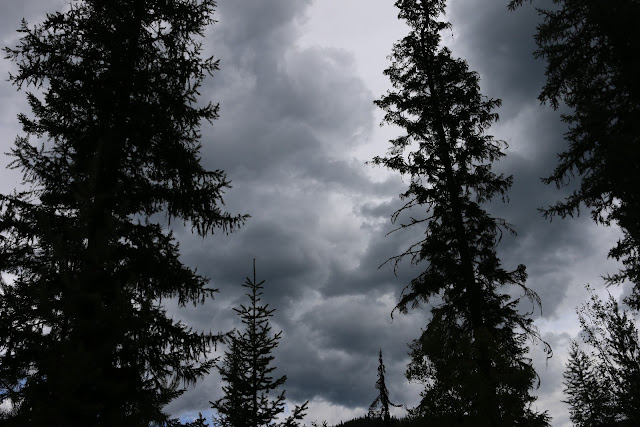 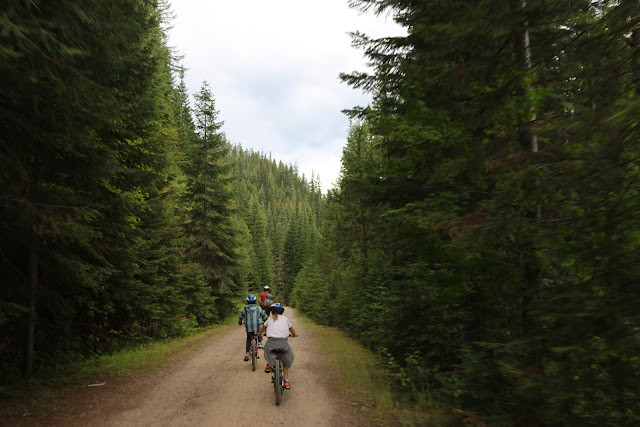