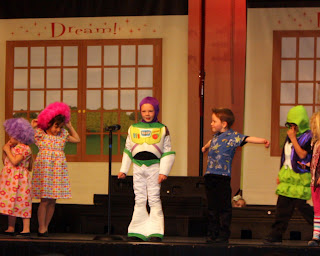 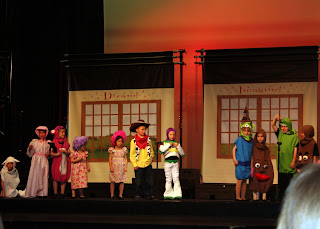 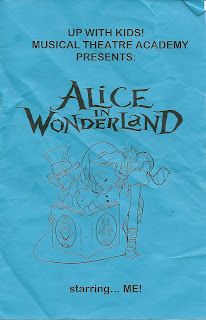 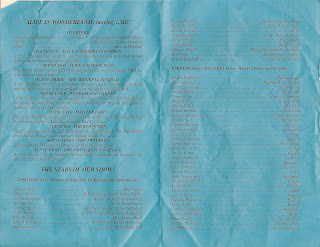 Chase was in a play! He was Buzz Lightyear, a catarpillar, and part of the Jaberwoki in Up With Kids' version of Alice in Wonderland. He practiced every week for nine whole months and finally the night of the big performance came. It was held at the local high school, and admission was a can of food for the food bank. We invited as many friends and family to attend as possible. He wasn't nervous one bit and did a fantastic job. We were so proud of him!!! At the end of the play each of the kids came out and received an 'Oscar' trophy which Chase was thrilled about. "It's my first trophy!" he said "All my other awards have been necklace medals but finally a real trophy!" We celebrated with ice cream afterward at Emmit and Ethyls. Way to go Chase!
Posted by Unknown at 8:12 PM