This is Claras favorite outfit; she wears it at least three times a week and would wear it every day if I let her! Although it's a summer dress, she managed to wear it all winter too with leggings and snow boots. I seriously have no idea why she loves it so much but she does. Anyway she's had it forever (it's size 24 mo. and she wears a 4T now), but every attempt I made to dispose of it, or at least put it in the 'too small' bin resulted in serious tantrums. So I decided to cut off the straps and turn it into a skirt. I'm not much of a seamstress, but luckily it was an easy project. Also lucky for me - she loves the skirt version as much as the dress version. Fhew! 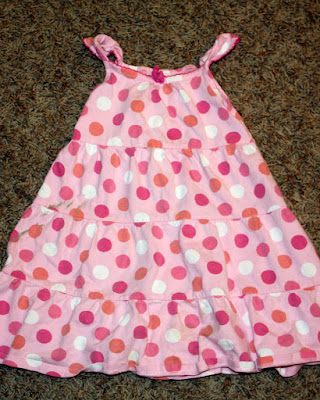 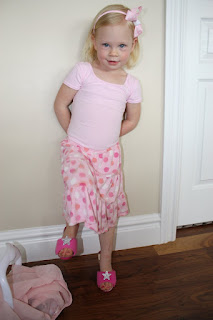