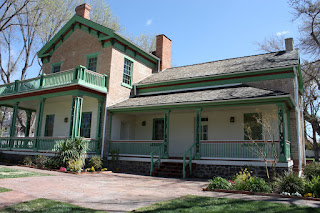 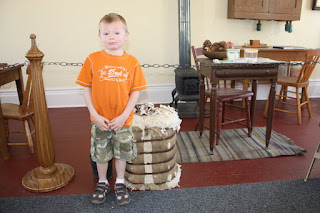 The tour started in a little room where they had a telegraph office. They also taught us about the cotton they grew. Chase looked a little skeptical that his t-shirt could be made out of the same stuff he saw growing on the cotton plant. 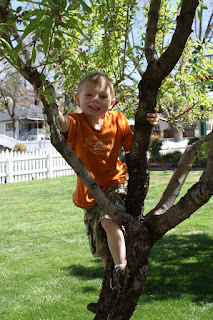 Chase enjoyed climbing in the trees. It was nice to let him get a little energy out too. 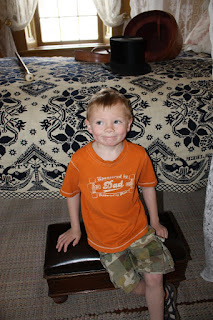 The Missionary giving us the tour insisted we take this picture of Chase sitting next to Brigham Youngs top hat! 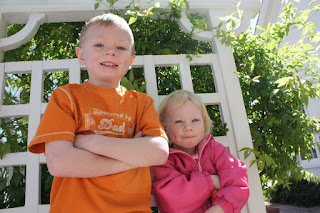 It was definitely more interesting for me and Brian than for the kids - plus they were ready for lunch - but we made it through the tour without too much fuss.
Posted by Unknown at 9:18 AM